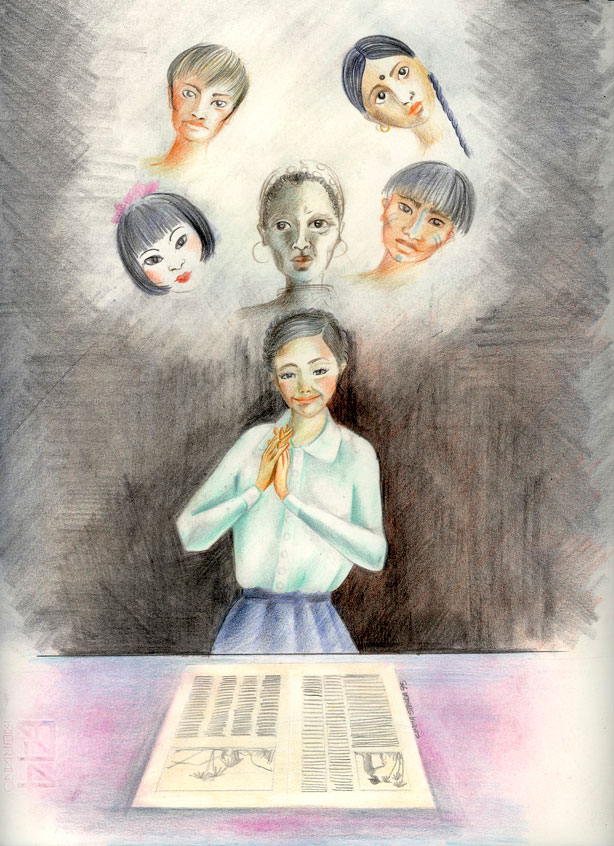 “I have found it! I want to be a Missionary!”

Giuseppina Rodolfi was born in Milan on 22nd December 1899, by Federico Rodolfi and Rosa Fontana. Her parents were the first ones to transmit to their children the evangelical values and missionary passion. Since her youth days Giuseppina discovered her vocation and maintained her contacts with the PIME in which she actively supported the initiatives of missionary animation. She waited for years and worked to realize the project of founding a missionary congregation for women with the same spirit of PIME in which she desired to go to the distant land of China.

Igilda Rodolfi overcoming every obstacle, with Mother Giuseppina Dones, they gave rise to the Congregation of the Missionary Sisters of the Immaculate in Milan on 8th December 1936 . She made her first religious profession on 3rd October 1940, during which she took the name of Sr. Igilda, and made her final profession on 12th September 1946. Then supported M. Dones in the responsibilities of administration and formation of the Institute with great generosity and dedication to give solid foundations to the young Congregation. For many years she lived a humble life without disclosing the importance of her role in the foundation of the congregation of Missionary Sisters of the Immaculate, radiating her profound spirituality and the great passion for the growth of the Kingdom of God. In 1971 she had the joy of visiting the Indian missions.

On 14/10/2006, the IX general chapter proclaimed that along with Mother Giuseppina Dones, Giuseppina Rodolfi was the foundresses of the Congregation of the Missionary Sisters of the Immaculate.

“The ‘thank you’ be the sweet, repeated expression of the soul several times a day”.

“Lord, lead us to the world where you want, where the cry of souls looking for you is pressing and moving”.