The missionary challenges in America 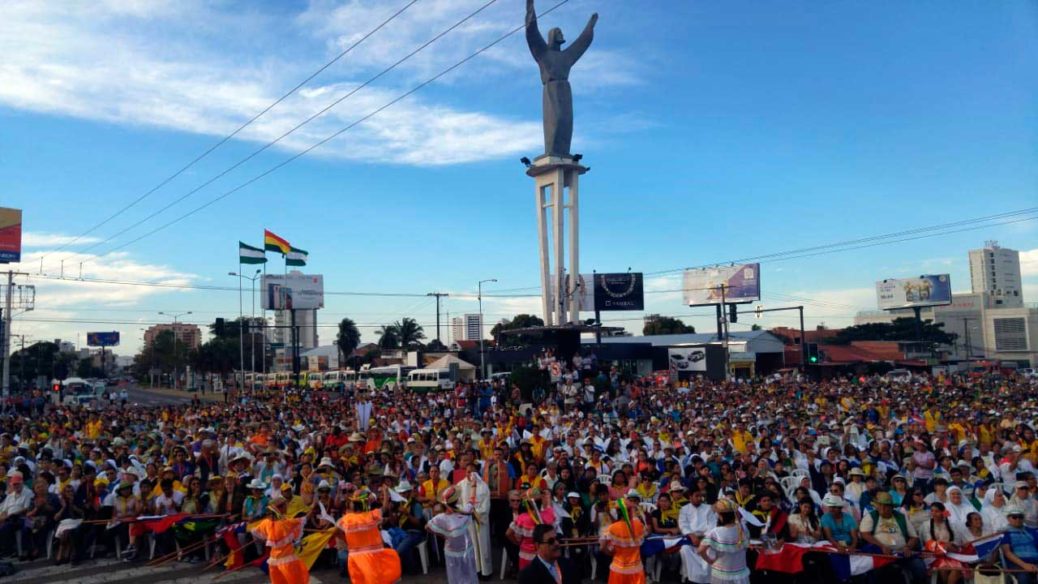 The delegates from the 24 countries of the American continent gathered in Bolivia for the American Missionary Congress (CAM), in the month of July 2018. It was an important moment of reflection, celebration and sharing that takes place every five years ever since 1977. In reality, the first 5 editions were called Latin American Missionary Congress (COMLA). Since 1999, Canada and the United States have joined, and therefore COMLA 6 has also become CAM 1.

The main objective of these congresses is to strengthen the ad gentes identity and missionary commitment of the Church in America. In the pontificate of Pope Francis, this objective is declined as the desire to announce the joy of the Gospel to all peoples, with a particular attention to the peripheries of today’s world and to the service of a more just, supportive and fraternal society.

The theme of  CAM 5 was “The joy of the Gospel, the heart of the prophetic mission, source of reconciliation and communion”, and its motto: “America is mission, the Gospel is joy”.

Sr. Regina da Costa Pedro, MSI who had participated in the Congress, now helps us to reflect on the most important missionary challenges in America.

What were the reflections on the mission had been highlighted in the Congress? 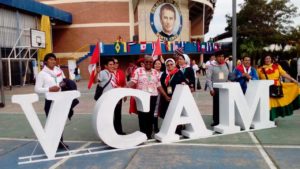 The main theme of the Congress was developed into six themes: Gospel, Joy, Mission and Prophecy, Reconciliation, Communion and Mission ad gentes.

All the reflections were very interesting, but I was particularly struck by that of the second day of Msgr. Santiago Silva Retamales, Chilean bishop on the theme: “Announcing the Gospel in today’s world”. He helped us to look at the two paradigms of the announcement: 1) Jesus announcing the Kingdom to the Jewish world 2) Paul announcing the Gospel to the Greek-Roman world. Looking at these two models, the Church of today is called to proclaim the Gospel of the Kingdom with the same style in which Jesus accomplished his mission and, looking at Paul, the first urban and cosmopolitan Christian we can find very modern ways for the evangelization of the contemporary world. In fact, Paul had walked amid the complexity and plurality, religious and cultural realities of the urban world of his era.

Among his considerations on what it means to evangelize in today’s world, I would like to highlight the need to start from a self-understanding of the Church in the light of the Second Vatican Council and of the Document of Aparecida (final document of the 5th General Conference of the Latin episcopate American and Caribbean, which took place in Aparecida, Brazil, from 13th  to 31st  May 2007). We (church) must recognize ourselves as a universal sacrament of salvation, an icon of the Trinity, a mystery of communion and mission that opens, with its gifts and ministries, at the service of humanity.

It is not possible to proclaim the Gospel in today’s world without the personal, ecclesial, pastoral and missionary conversion requested by Pope Francis and it is based on an encounter with Jesus Christ.

Speaking from the reality of the American continent, it is impossible to forget that among the interlocutors of this announcement we find the disfigured faces and bodies of humanity, which  interrogates the evangelizing action of our mission.

What are the most urgent missionary challenges in the future in America?

The challenges in the present and the future of America’s evangelization are many, and some had been touched more or less during the moments of the Congress. I mention two: the role of the laity and of the women in the Church and the opening to the mission ad gentes and ad extra.

In almost all the conference it was discussed about the responsibility of the laity and women, also citing the no. 497 of the Document of Aparecida, where it is said that it is impossible to speak of the new evangelization without a laity formed to work as a true protagonist in the Church. However, during the Congress, no laity or woman was ever spoken. The main conference were all done by bishops, except  only one conference by a Jesuit priest.

Another great challenge is the position of the Church in America with the mission ad gentes and ad extra.

The interventions, even if very rich in content, failed to take on the mission ad gentes and ad extra as a transversal axis of the whole Congress. It is a reflection on the difficulty of assuming the mission practically, understood in that sense, as a paradigm of all evangelizing action. It seems to me that going forth, the central category of the thought of Pope Francis, is restrained to the affirmation that everything is mission. When the mission loses its centrality as a founding category of a new way of being Church, we run the risk of speaking of mission without feeling the irrepressible need to go forth, to go beyond our own confines and meet the peripheries. To go beyond the confines of one’s group and movement, or beyond the borders of one’s own country or continent.

In this sense, it is worrying to see that nowadays Latin America, the continent with the most Catholics in the world, continues to receive more missionaries than those it sends outside its confines.