We try to unveil the life of late Mrs. Josephine Matti, MSI Lay Associate from Suryapet in the Province of Hyderabad in India. On 24 August, the family had arranged a requiem Mass at the Parish Church of Suryapet.  Sr. Fabiola Fernandes, had the possibility to speak with the people who were present. Down below is an excerpt. 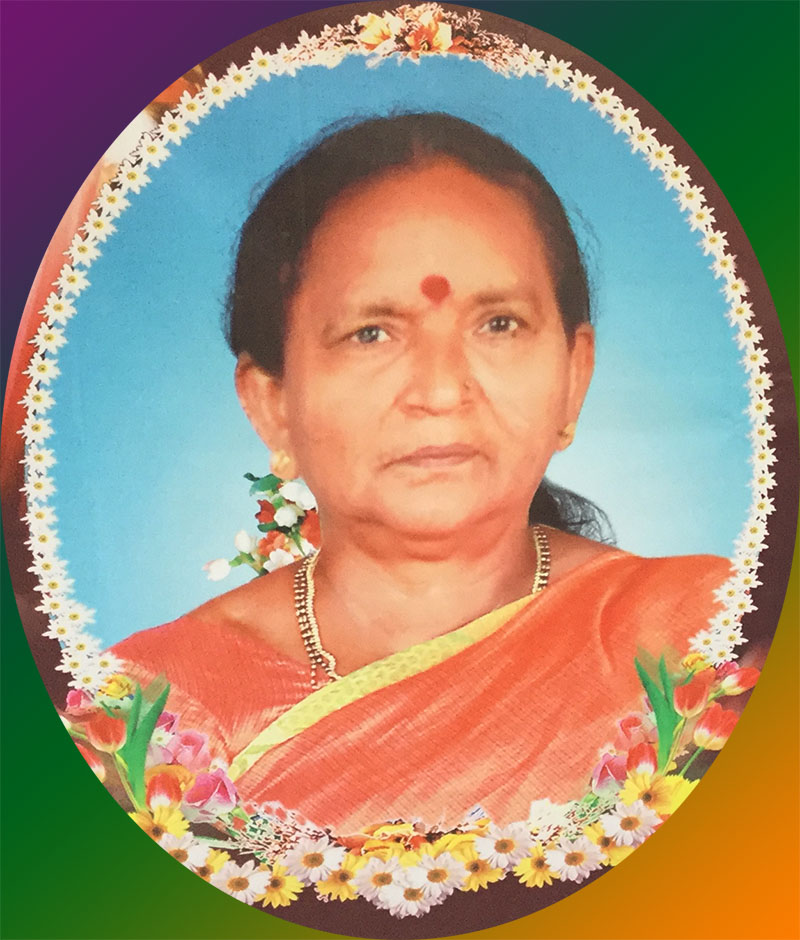 Recalling Josephine, Mrs. Mariamma, MSI Lay Associate said, “That’s what life is all about, remembering someone with deep love.” Mariamma had had the possibility of knowing Josephine closely since three years. “Her love, her prayers, her life itself was an inspiration for me, she is no more but surely her deeds of kindness will continue to live forever.” Thomasamma on the other hand said, “She is the one who directed me to be a part of the Legion of Mary and MSI Lay Associates. She was the first to reach out spiritually, materially or morally to anybody and this is what she has taught me too.”

Josephine had also helped Veronica to be the part of the MSI Lay Associates. Recalling her Veronica sighed, “One day for some reasons I could not attend the Mass and Josephine enquired about it then advised me to watch Divyavani Channel and to attend the Mass of the day.” Vajramma who worked for 30 years with Josephine said, “I have never seen her without a Rosary in hand and she has taught me to pray it even when we travel.” She added, “As a Child Development Project Officer (CDPO) Josephine was well disciplined, strict at work and impartial with all. Her sincere efforts fetched her awards too.” She continued saying that Josephine was sure to spend her time only in prayers after the retirement. “While I was in depression, it was Josephine, who guided and directed me towards New Life through MSI Lay Associates,” said Baby Rani. She added, “We have lost a spiritual mother. She used to occupy a particular place in the Church, which is vacant now and it constantly reminds us of her.”

Josephine was a woman of prayer. She was always faithful to her spiritual exercises, unless she was sick. In her free time she would read the Bible. She even taught Rosary prayers to her neighbours. Her own aunt said, “Two three families in the village were baptized due to her efforts.” Aunt continued, “In the family, all would listen and respect her.” Her life in the parish and in the society was remarkable. She would feel at home with the priests and the religious sisters. Fr. Romano, PIME was her guide and the sisters of Franciscan Missionaries of Mary (FMM) were her protectors. She was never frightened to speak the truth, never alarmed to stand for the truth and never withheld from speaking the truth.

Although she hails from a well to do family situated at Edlapalli in Nalgonda district, her life was neither rosy nor cozy. All those who know her would agree with it. Individually shouldering the responsibility she not only gave birth to her only child Swarna Latha but also educated her well and brought her up with good discipline. 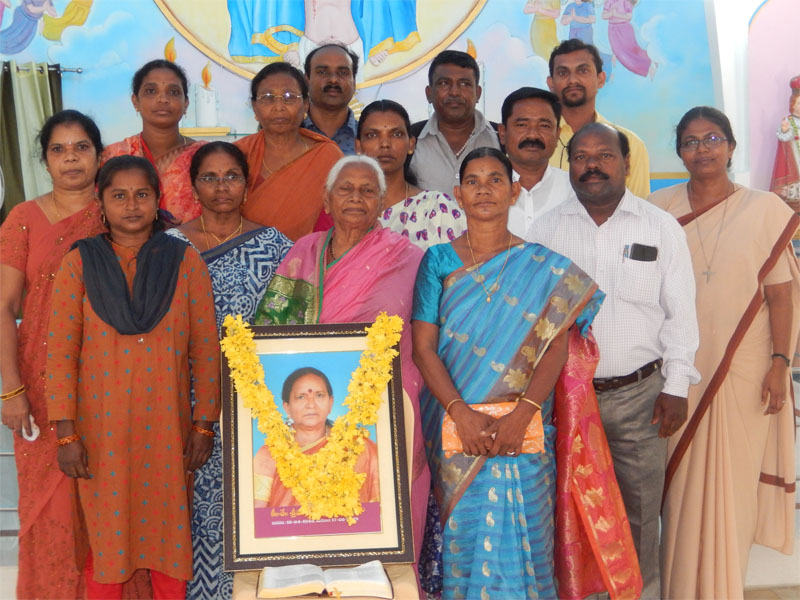 “On 13 August I took my mother to the hospital and it was 19.15 hrs. we were returning home, she wouldn’t allow me to drop her home, but wanted me to rush to the parish for the evening Mass. I couldn’t resist her, and the sisters saw me that I entered during the communion rite and received Jesus,” said Swarna pin pointing her mother’s discipline and love for Jesus. Adding to that the sisters narrated “Few days back due to her ill health she came to the Church almost when the Mass was over. But she sat alone, spent her time with the Lord and left home.”

Way back in 2017 she was operated for heart problem, she had never complained about it. Her health issues began from 13 August onwards. She was taken to the Doctor and was told that all was perfect with her. Yet there was some illumination in her and she felt that her time was drawing near. The last days she spent even more zealously for the Lord. In fact three of our Italian girls from Youth and Mission association were visiting the community at Suryapet and Josephine welcomed them whole-heartedly.

“I am always on my platform to catch my train to go to God. All my problems and worries of life are over and now is the time to reach my Home,” were some of her repeated sayings. “Never give up and never trouble others” was the motto of her life. “Her strength and courage to fight alone the struggles of life, her faithfulness to God and to the given commitment is beyond words to describe,” affirmed the sisters of the community at Suryapet. True in deed with complete contentment and true happiness, Josephine joined the choir invisible on 17 August 2019 due to heart failure. “We, the MSI Lay Associates have lost such a beautiful person, we feel sorry for that,” expressed Bhaskar. But someone in the crowd said it aloud, “A beautiful person is never forgotten but is begotten, in and through our actions.”